Why Film in Maple Ridge?

With its natural beauty, friendly neighbourhoods, maximized tax credits and close proximity to Vancouver, Maple Ridge is a film maker's dream! From a dynamic urban core to rustic farmhouses and unique turn of the century heritage buildings and opulent mansions, the versatility of our city is limited only by imagination. Situated on the north shore of the Fraser River and with its abundance of parks, stretches of picturesque dykes, winding rural roads and diverse commercial and residential buildings, Maple Ridge has been used as a backdrop for regions as divergent as New York to the Scottish Highlands. We are a film friendly community where residents and businesses have embraced the industry, welcoming filming into their neighbourhoods and homes.

Golden Ears Park is closed to all filming between May 1 and October 15 annually, due to exceptionally high visitor numbers and increased operational requirements for BC Parks staff. General filming information for all BC parks can be found here.

In 2019, film production contributed over $138,000 in direct revenue to the City of Maple Ridge through permits and licences.

With over 318 shoot days, the economic benefit to the community was $3.18 million, based on a minimum economic impact of $10,000 per shoot day.

Many of the cast and crew live in Maple Ridge and enjoy indulging at our many shops and restaurants while they "take five". 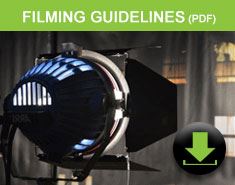